Chanel on the beach

I'd like to think of my style--or more, how I want my style to be--as sophisticated, pulled together, head-turning, possibly preppy, sometimes glamorous, sometimes mysterious, sometimes fun. Even reading that I'm kind of laughing at myself because I know I don't dress like that now. For one thing, I'm a horrible shopper--I'm always buying stuff and then hating it 2 weeks later, so half my clothes I'm not even crazy about. But here are some pictures that I reallyreallyreally like...I usually am only drawn to editorials that I feel encompass what I'm trying to "do" with my style, not sure if this completely says "me", definetly not me right now, but maybe how I'm trying to be... 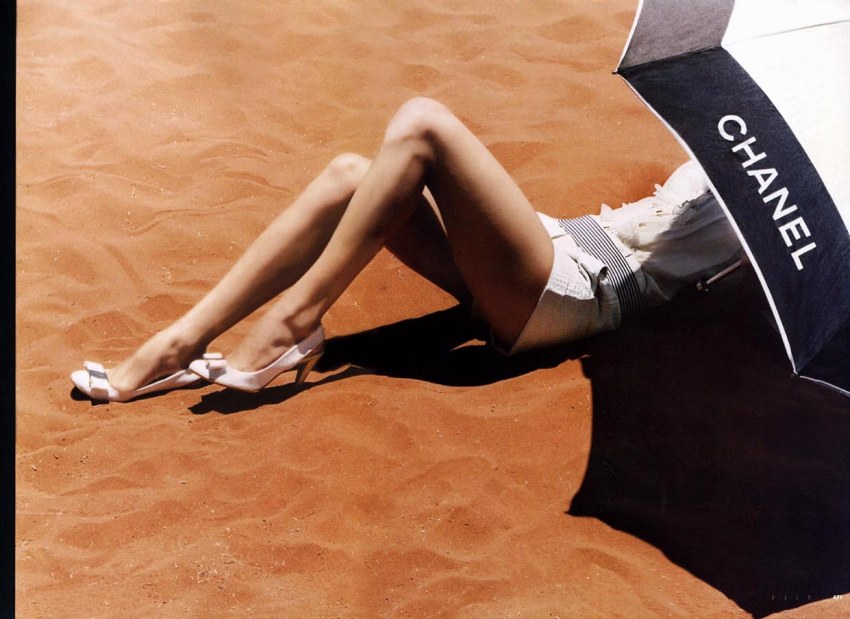 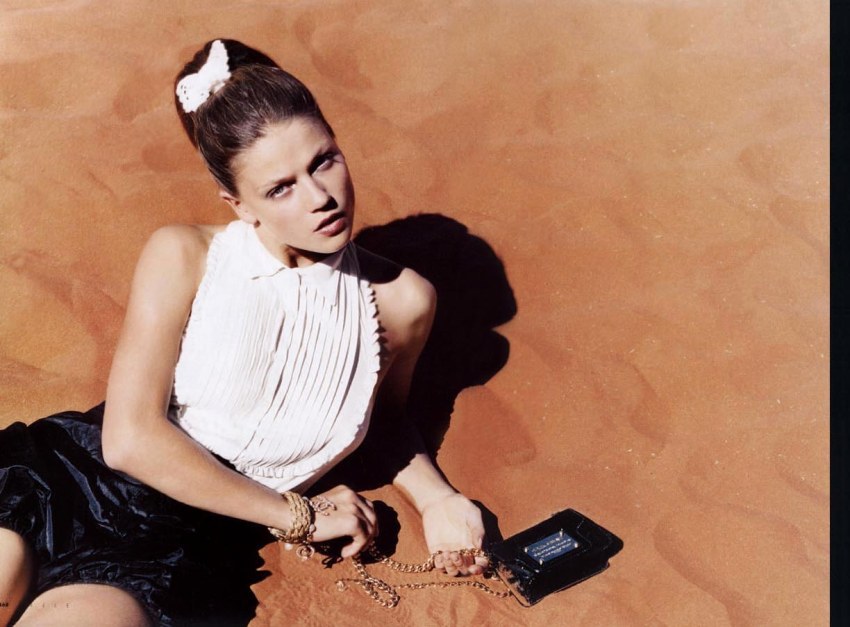 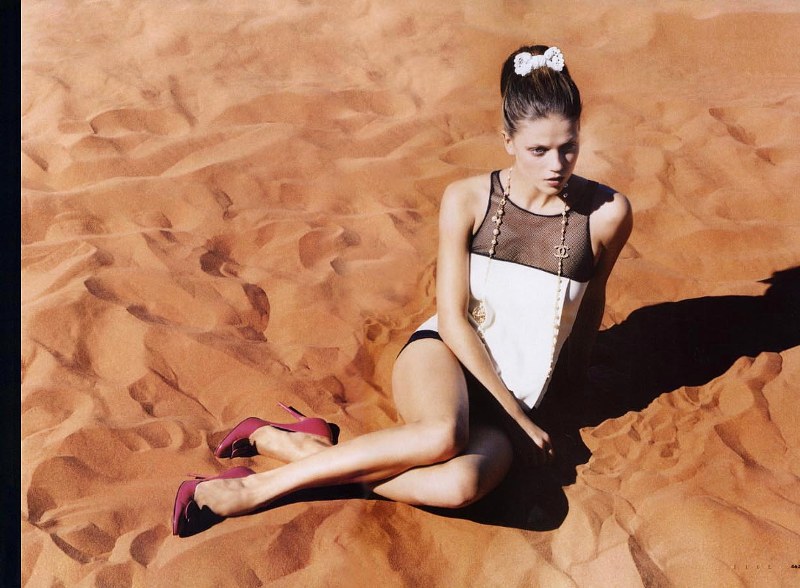 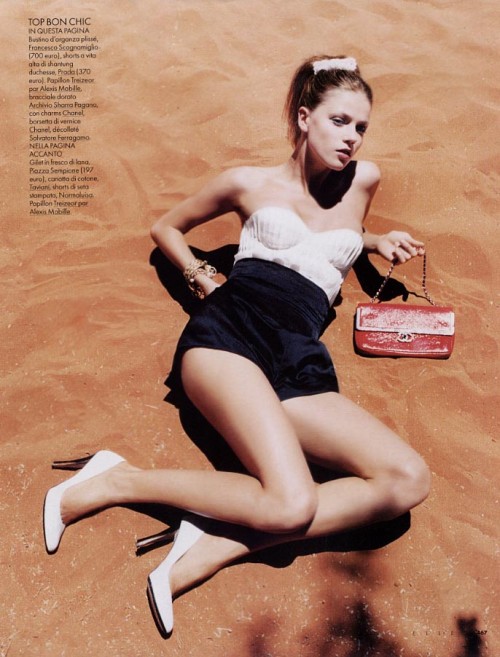 I just love how clean-cut everything is. Black/white is so easy!

I was supposed to do my version of Q&A for this post but I had some pictures I wanted to post instead.
I find men's fashion interesting. Less attention is given to it and yet when a guy is dressed well you sit up and take notice. I like the indie/geek look that has become popular among certain types of guys. I found a photoshoot that I think captures pretty well that nearly classy and sophisticated yet rumpled look.

The model in these is Victor Nordlander and he was photographed by Esteban Palazuelos for Tendencias FashionMAg.

Posted by Christy at 7:30 PM 3 comments: Links to this post

Christy asked me some questions, and I answered them:

1 If you had no money/reality limits what would be your ideal prom dress?
I find it hard to decide between floor-sweeping glamour, and fun cocktail lengths...either way, I'd probably go for one of the dresses from the latest Oscar de la Renta collection.

If I went long, then it'd be all very retro Hollywood glamor...if short, it would be cute and colorful.

Prom Shoes? I would never wear flats, so the heels would have to be uber comfy--wedges, probably.


3. What's one fashion trend you thought was amazing when it appeared but quickly decided was awful? Those short boots/heels...I have a pair that in theory look amazing but whenever I put them on they just...somehow...don't work. It's extremely discouraging.

4. Whose hair do you covet? Juno Temple's, atm.

5.Which was your favorite dress ever worn at the Oscars? ahh....*thinks* It's kind of random, but I still really like Keira Knightley's maroon colored dress from 2006. I just think the silhoette is so elegant. I also really like a sort of silvery dress Cate Blanchette, and a oddly colored yellow one on Michelle Williams.

6. What's your favorite magazine cover you've seen recently? Probably just cause I really love Karlie Kloss, but this one grabbed my attention instantly.

7.Which male actor do you think has the best style?

Seriously, who else was I supposed to put?? Yeah, I know that's Chuck Bass...and not Ed Westwick, but still.
Posted by Laura at 5:38 PM 4 comments: Links to this post

Laura: all things bright and beautiful... 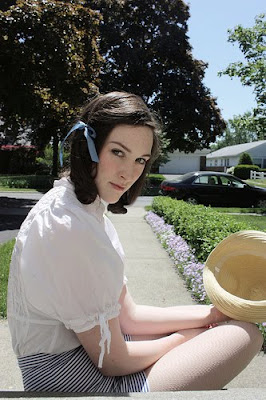 These are just some pictures that are pretty much the sort of style I'm loving right now...just really quaint, sweet, outfits...very summery, in the sort of way that you never look like you're dying of heat in the least bit. 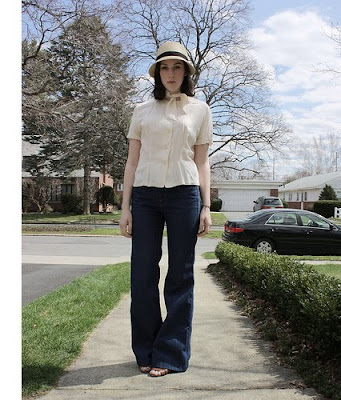 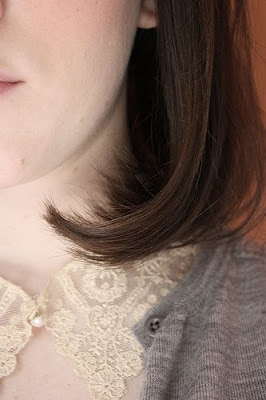 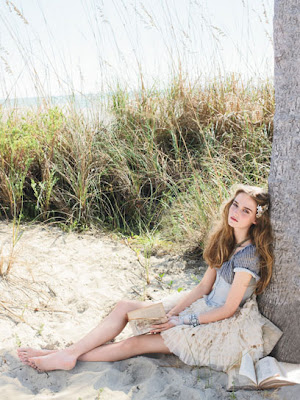 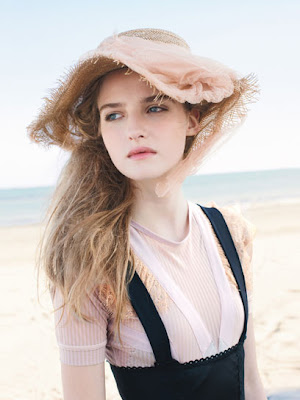 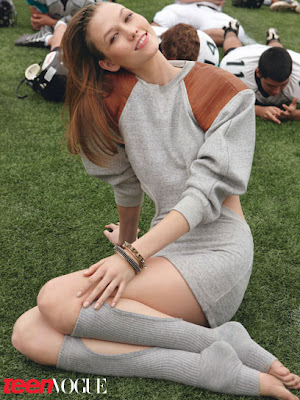 This one isn't like the others, but I just love Karlie Kloss...she always looks so fresh and clean, that sounds kinda creepy I know but she definetly inspires me. 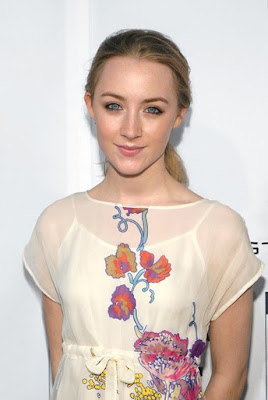 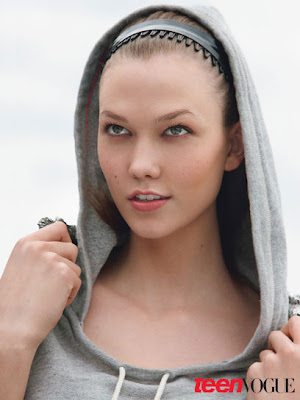 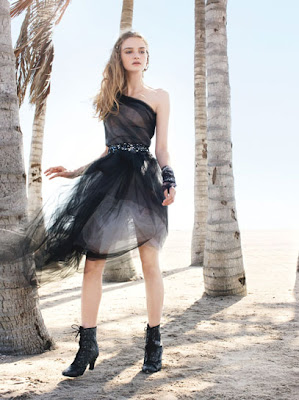 (first 3 pictures from allthishappiness.blogspot.com, other pictures are from TeenVogue)
Posted by Laura at 8:13 PM 3 comments: Links to this post

Sometimes I feel so ignorant about fashion. I know that I love clothes and colour and I know that feeling when you see some neglected piece of clothing in a second hand store and you just know you can breath new life into it but I can't list of names of models and lesser known designers. I guess i'm still in the learning process :)

anyhow...today I wore my new little black leather shoes for the first time but I didn't take pictures...whoops.

Instead here are some pictures that I found.
The first are from an Ion magazine photoshoot. I picked up a free copy in a random clothing boutique and enjoyed it.

So beautiful. White dress love anyone? I love the drapy dreamy quality of these. Very summer like.

I'm in love with all these outfits but especially the last three dresses.
Posted by Christy at 7:34 PM 2 comments: Links to this post

Hey :)
This isn't really a fashion post but I thought I'd make it any ways. For one of my classes I have to assemble 4 surrealism-esque photos, either in a collage fashion or digitally.
I haven't begun taking my photos for the project yet but I decided I'd fool around with some photos I have on my computer to see what kinds of things I could do. So here is my try. I'm not sure how surrealist it actually is but I'm kind of pleased with it :)

also, here's another thing I made, though not at all surrealist.

Here are some handpicked items for the perfect smuggler/con artist look...just the thing for any occasion, but especially appropriate for trips to the Continent.

Remember, everything must be paired with opaque tights, combat boots, an awesome hat (sadly modcloth's summer selection did not include any hats worth mentioning)
p.s. everything but the boots are from modcloth!
Posted by Laura at 9:41 PM 2 comments: Links to this post

Dress Rehearsal is about two cousins, what inspires them and what they wear.
Laura, lives in the country in Ontario, and
Christy lives in the busy city of Montreal, Quebec.
This blog is a way to share and document the outfits they wear. Besides that, you'll also find posts about movies, books, shopping, clothes, celebrity style, and more. Sit down, grab a mug of tea, and enjoy the show! 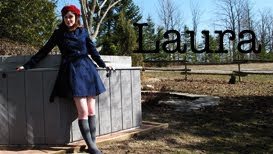